So it is week 45 and I should have read 45 books. To be honest, I have no idea. I may have to read a few Quick Reads from the Library. Or, I may be ahead of myself. My daughter has read 55 books and my friend Liz has read upwards of 60 books. Now the book club season has started again, I find I am reading books not necessarily of my choosing. I am a book group leader, and have tried to steer towards books I like but now we have to read from a prescribed list. Not so much fun but then again it stretches me. This month's book by Benjamin Black, The Black Eyed Blonde falls into this category. I chose the book from the list, Irish authors always go down well, but he is not an author I would jump to. Benjamin Black is the crime pen name of the renowned Irish author John Banville. 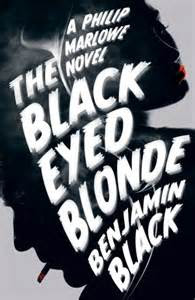 The novel falls into the rewrite genre. This is a rewrite of a Philip Marlowe novel. Or rather a new version of the Philip Marlowe detective novels by Raymond Chandler. I hadn't actually noticed that until it was pointed out. I had been hoping it may have been one of Banville's own Quirke novels, about a Dublin pathologist set in the 1950s.

The book was actually very enjoyable. The first couple of chapters were so so, it seemed rather clichéd until I realised that Raymond Chandler is not a cliché. Raymond Chandler wrote the cliché, and this novel is written in that format rather than being a pastiche. Once I got that into my head, we got on great.

The novel is very atmospheric, I could really imagine the scene. I could see it as a Humphrey Bogart film with Lauren Bacall as the black eyed blonde. I don't want to give away any spoilers, it is a mystery book after all. Suffice to say, it was twisting and turning right up to the end with lots of pistol whipping, gum chewing, cigarette smoking and whiskey drinking right up to the end. Book group was at 8pm and I was reading right up to ten minutes before, I didn't want to cheat read the end. I genuinely wanted to know what happened.

In the end there were around 12 of us sitting round this conference table. Everybody loved it except two, who couldn't get past the first few chapters. Maybe they should have stuck with it. We had great fun reviewing it and laughing about the phraseology of the time - what exactly is a hard boiled detective? Why is a private eye called a private dick? Why is a private dick called a gum shoe? Lots of things to google and report back on.

Helen x
linking up with 52booksin52weekschallenge
Posted by helenjean@midgetgemquilts at 15:53 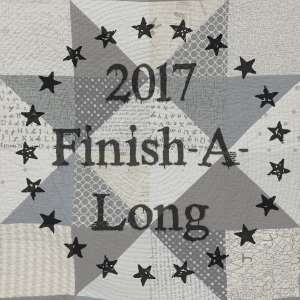