January 26, 2016
Hi Everbody,
My name is Helen and I blog at http://midgetgemquilts.blogspot.co.uk/. This is my second year in Stash Bee, and I enjoyed it so much I came back for another year. And this is my second time making the Molli Sparkles Union Jack Blocks for Stash Bee. And here they are. 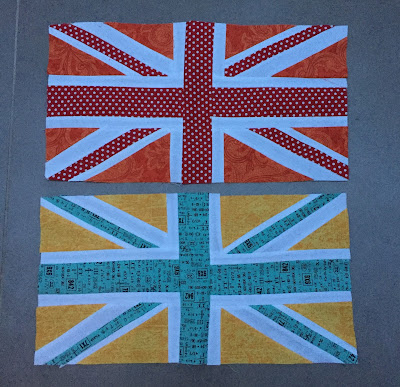 I live in Northern Ireland and the Union Jack is our official flag, or as we call it here "fleg". We do however, have a complicated relationship with the flag. In a nutshell, we have my fleg, your fleg and our fleg. N Ireland is part of the United Kingdom and as such the Union Jack is the national flag. Those who are content with that are happy enough. However those who would prefer N Ireland to leave the UK and be united with the rest of Ireland, prefer the Irish flag, the Tricolour.

So we have an overabundance of flags here, and this can creates problems. Every Saturday afternoon there is a flag protest at the City Hall in Belfast by those who wish to keep the Union Jack. This amazes the tourists, though some days the tourists snap, snap, snapping outnumber the protestors. And one thing for certain, as the protestors dwindle, the Union Jack attached to the gates gets bigger! At least the flag makers are doing well!

When the fleg protestors are finished, the goths are usually hanging around and the gospel singers and preachers are lined up to take their turn. Why would I want to live any where else?

Anyhow, it was fun to revisit these blocks. It finally clicked with my dumb brain how to flip 180 degrees. This time any mistakes were just because I sewed the wrong bits together. The actual process worked like a dream. As Sylvia's husband is British expat I included a little something for him. I hope he enjoys the chocolate.

Now to tell you a little more about me.
I'm Helen, I seem to have simultaneously been married for a blink of an eye, yet also a lifetime. We have three adult children, one in the US, one in England and one who went away, came home and is in the process of moving out again. I'm also lucky that one of my sons' partner is very creative and a great knitter, so lots of common connections there. My first love was knitting and she has prompted me to knit again. I grew up with a family who knitted and sewed and read.  I first took up patchwork and quilting in the early 1990s and enjoyed it at the time. I felt a bit stifled though by traditional quilting and moved onto other things. Mostly scrapbooking. A couple of years ago I started reading blogs and, you know what? The sewing thing started all over again. And in between times I like to read, bake and work in the garden.

So enough about me. Nice to meet you and look forward to getting to know everybody better over the next few months. 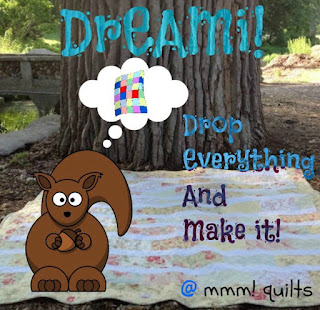 Between the White Rabbits and the Squirrels

The thing about crafting, and I use the word crafting rather than quilting, is that is a conundrum . No sooner have you finished something than up leaps a new challenge a new project. It is rather like the blue bloods who believe that when you marry the mistress, it creates a new job vacancy. I have never been a mistress, except a mistress of my own disasters (destiny), nor am I likely at this stage to become a mistress. I do however have a brain that seems to be constantly ticking over. I had never heard of the phrase " squirrel moment " until Sandra explained it to me, but it sums it up rather well. Last weekend my sister brought me a unexpected present. A vase, vase or vase. That's what she thought she brought me, but she really brought me a squirrel. Or to be more exact, a white rabbit. What do you see when you look at this vase? To be honest, my husband saw tat. My sister joked that he would hate it, he smiled or grimaced politely. I saw a rabbit, a wh 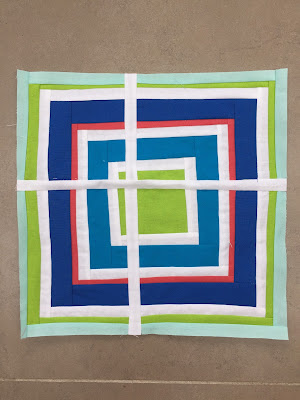